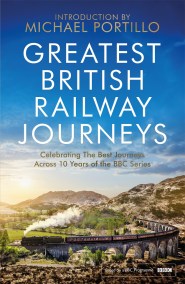 It is now over a decade since the much-loved Great British Railway Journeys series set off on its incredible run discovering the cultural, social and…