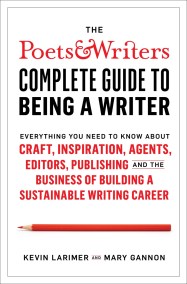 Poets & Writers Complete Guide to Being A Writer

For half a century, writers at every stage of their careers have turned to the literary nonprofit organization Poets & Writers for help with their…