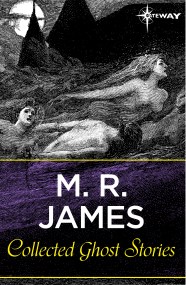 Considered by many to be the most terrifying writer in English, M. R. James was an eminent scholar who spent his entire adult life in…