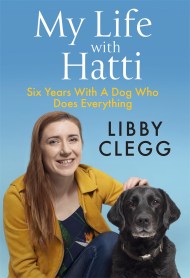 My Life with Hatti

Lying at the very heart of Libby Clegg's life and achievements is the relationship with her Labrador Retriever cross guide dog, Hatti. A relationship primarily…