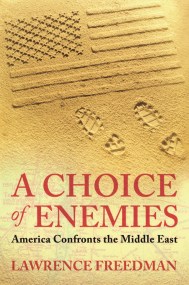 A Choice Of Enemies

Prize-winning historian Lawrence Freedman takes an exceptionally clear-eyed look at America's strategic predicament in the Middle East, over the past 30 years. The United States…