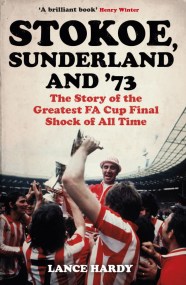 The story of the team that caused the last, great FA Cup upset... Today, it seems inconceivable that a team from the lower reaches of…