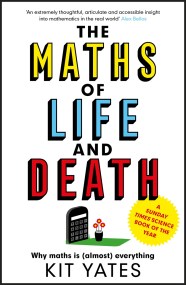 The Maths of Life and Death

*SELECTED AS ONE OF THE SUNDAY TIMES SCIENCE BOOKS OF THE YEAR* "This is an exquisitely interesting book. It's a deeply serious one too and,…