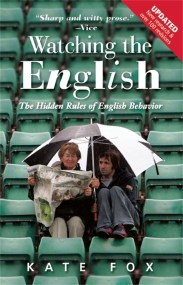 Ten years later, they're still talking about the weather! Kate Fox, the social anthropologist who put the quirks and hidden conditions of the English under…