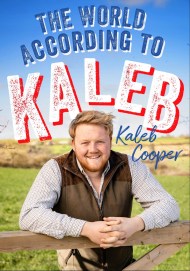 The World According to Kaleb

**AS FEATURED IN THE TIMES ** Introducing Clarkson's Farm favourite Kaleb Cooper's worldly wisdom on life's big issues, from the difference between straw and hay…