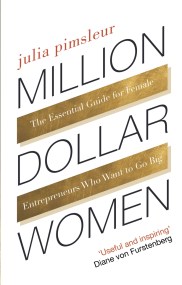 Are you the next million dollar woman? Women run an increasing number of businesses, but female entrepreneurs still tend to think small, and their companies…