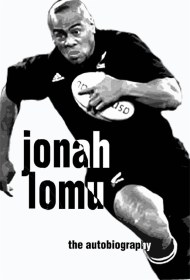 When Jonah Lomu trampled over Tony Underwood in the World Cup semi-final in 1995, the greatest star rugby union has ever seen was launched on…