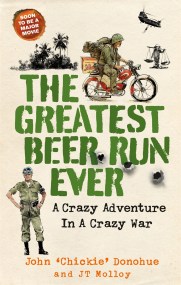 The Greatest Beer Run Ever

*** THE NEW YORK TIMES BESTSELLER 'An unforgettable, wild ride from start to finish.' - John Bruning 'The astounding true story - from the streets…