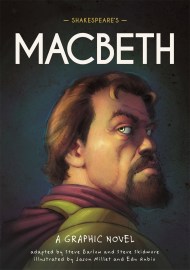 Shakespeare's Macbeth like you've never seen it - or read it - before! Classics in Graphics: Macbeth has been adapted by expert authors, Steve Skidmore…