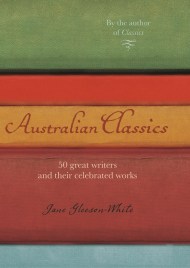 What are the classic works of Australian literature? And what can they tell us about Australians and the land they live in? Providing a selected…