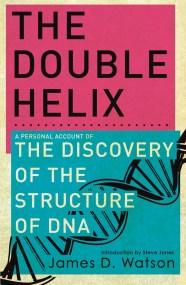 The story of the most significant biological breakthrough of the century - the discovery of the structure of DNA. 'It is a strange model and…