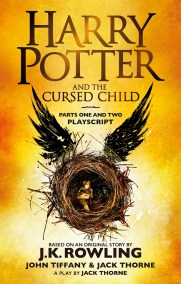 Harry Potter and the Cursed Child - Parts One and Two