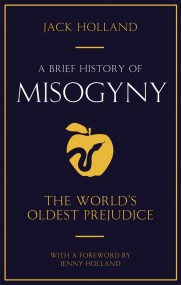 A Brief History of Misogyny

In this compelling, powerful book, highly respected writer and commentator Jack Holland sets out to answer a daunting question: how do you explain the oppression…