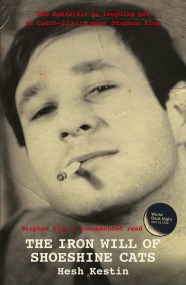 The Iron Will of Shoeshine Cats