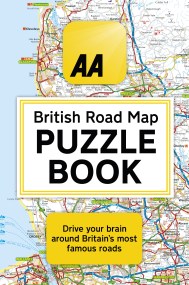 No need to miss the open road whilst you're in lockdown - dive into these highly addictive map-based brain games whist you stay home, now…