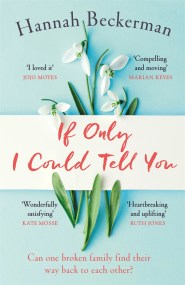 If Only I Could Tell You

A TWIST THAT WILL BREAK YOUR HEART . . . AN ENDING THAT WILL PUT IT BACK TOGETHER AGAIN. 'I loved it' Jojo Moyes 'Compelling…