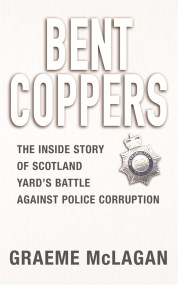 The inside story of a secret unit that has worked under cover to expose corruption in the Metropolitan Police since the early 1990s. 'If you…