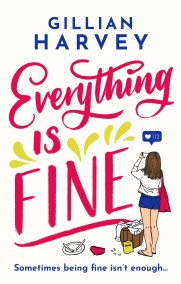 'I loved Everything Is Fine so much... [it] made me laugh out loud so many times. Highly recommend!' Lucy Vine, bestselling author of Hot Mess…