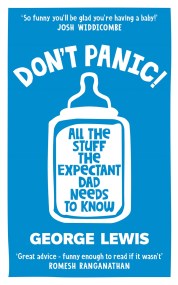 ***** THE ESSENTIAL NEW BOOK FOR FIRST-TIME DADS 'So funny you'll be glad you're having a baby!' - Josh Widdicombe 'Great advice - funny enough…