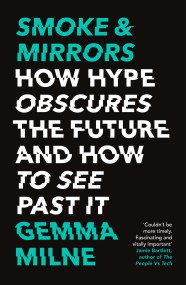 'Stop following the news until you've read Gemma Milne's persuasive analysis of the hype and bullshit that distort our understanding of emerging science. As she…