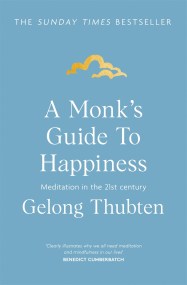 A Monk's Guide to Happiness

The Sunday Times bestseller FEATURED ON THE DELICIOUSLY ELLA PODCAST We're all on a search for happiness, but we're looking in the wrong places. Everyone…