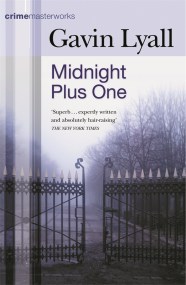 Lewis Cane fought with the French Resistance during the Second World War and gained a justified reputation as a tough and resourceful man. So it's…