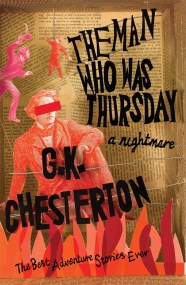 The Man Who Was Thursday: A Nightmare

A group of anarchists are under surveillance by Scotland Yard in Chesterton's hugely popular metaphysical thriller. The Supreme Anarchists Council is dedicated to overthrowing the…