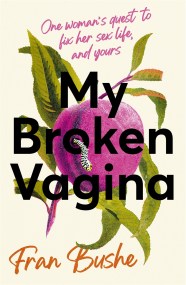 This book is one woman's funny, moving, and sometimes awkward quest to fix her sex life, but it's the story of millions of women everywhere…