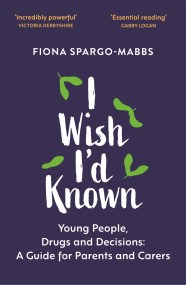 I Wish I'd Known

'SUCH AN IMPORTANT BOOK... ESSENTIAL READING FOR PARENTS' Gabby Logan 'INCREDIBLY POWERFUL... A MUST-READ' Victoria Derbyshire When Dan died, I realised many things. I realised…