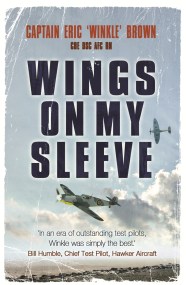 Wings on My Sleeve

The autobiography of one of the greatest pilots in history. In 1939 Eric Brown was on a University of Edinburgh exchange course in Germany, and…