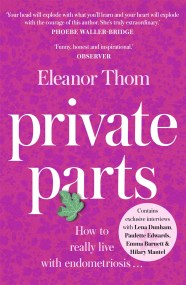 Eleanor Thom is living with endometriosis and she thinks that it's time to talk a bit more about our private parts. Part memoir, part guide…