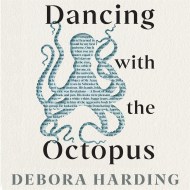 Dancing with the Octopus

One Omaha winter day in 1978, when Debora Harding was just fourteen, she was abducted at knife-point, thrown into a van, assaulted, held for ransom,…