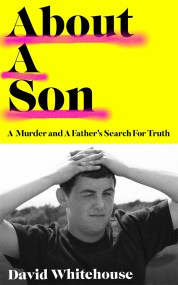 'The book that everyone will be talking about this year: a staggering work of honesty, empathy and humanity, wholly unlike anything else you will have…