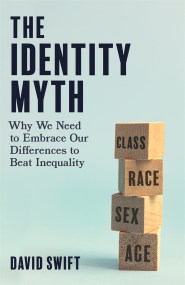 We are in crisis. As a society we have never been less connected. The internet and globalisation fuel ignorance and anger, while the disconnect between…