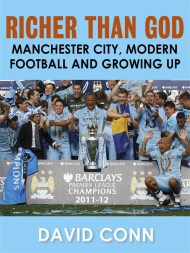 Richer Than God is an authoritative, provocative, investigative account of Manchester City's history, culminating in its transformation as Sheikh Mansour seeks to spend the formerly…