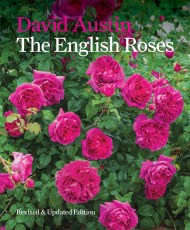 David Austin Roses is one of the world's leading rose nurseries. The English Roses developed there have brought the rose to a new level of…