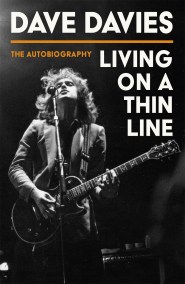 Living on a Thin Line

The all new, must-read memoir by legendary Kinks guitarist Dave Davies Dave Davies is the co-founder and lead guitarist of epoch-defining band the Kinks, a…