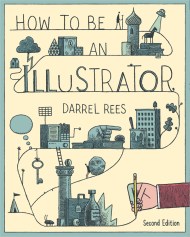 How to Be an Illustrator Second Edition

This book offers practical help and guidance to aspiring illustrators. All areas of the job are covered – creating a portfolio; approaching potential clients; preparing…