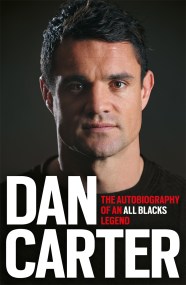 Dan Carter: The Autobiography of an All Blacks Legend