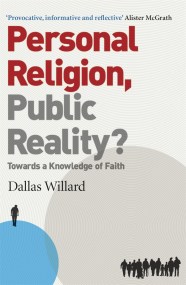 At a time when many people think that it is irrational to believe in God, renowned philosopher Dallas Willard challenges the idea that spiritual wisdom…