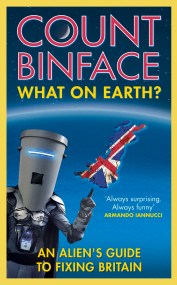 Greetings, life-form! My name is Count Binface. I am an intergalactic space warrior, leader of the Recyclons and three-time British election veteran. I'm 5695 Sigmoid…