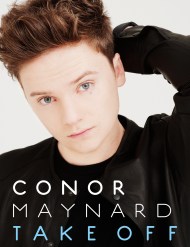 Conor Maynard shot to fame posting cover versions of Usher, Drake and the Kings of Leon on YouTube. He soon developed a big following and…