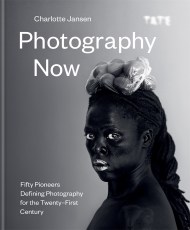 In the last century, photography was always novel. Now, it feels like our world is over-saturated with images. In the 21st century, what can photography…