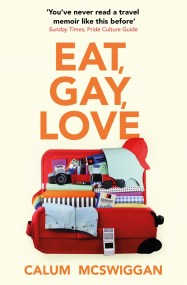 **LONGLISTED FOR THE POLARI FIRST BOOK PRIZE** 'You've never read a travel memoir like this before' The Sunday Times, 'Pride Culture Guide' 'Sweet and fun,…