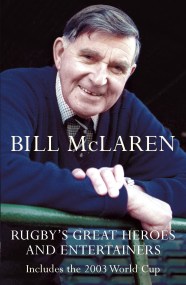 Bill McLaren's career as a rugby commentator spanned fifty years and earned him enormous respect. He is therefore well placed to choose his all-time favourites…