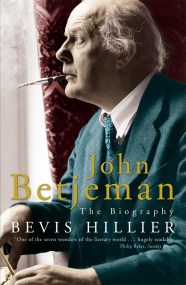 This biography takes the reader from Betjeman's troubled childhood in north London, through his blossoming at Oxford; a gay fling with W. H. Auden; a…