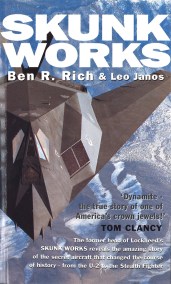 SKUNK WORKS is the true story, told for the first time, of America's most secret and successful aerospace operation. As recounted by Ben Rich, the…