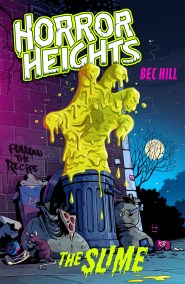 'A great read. Slimey delicious fun from start to finish!' - Jonathan Ross Welcome to Horror Heights: can the children who live here conceal the…