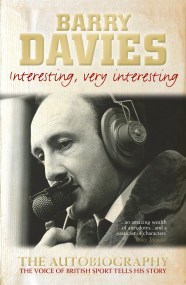 Barry Davies' face and voice are instantly recognisable to any UK sports fan. He has guided audiences through some of the most compelling and exciting…