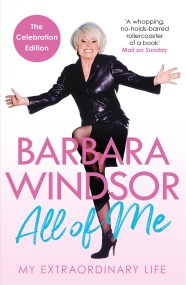 THE HEART-WARMING AUTOBIOGRAPHY BY BARBARA WINDSOR CHRONICLING HER EARLY CHILDHOOD IN LONDON'S EAST END TO RECEIVING A DBE IN 2000 'A whopping, no-holds-barred rollercoaster of…